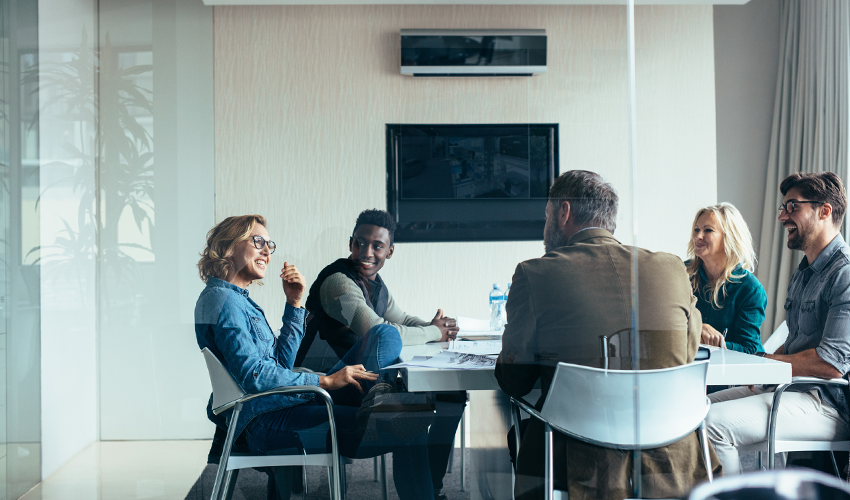 Future success is in the bag

Calbee UK is a small company with big ambitions. It started producing innovative savoury snacks in its factory in Deeside, North Wales, in June 2015, and its vision is to be recognised and respected as the UK's leading savoury snacks supplier. But Calbee has deep roots. It was established in Japan in 1949 by Mr Matsuo to address post-war malnutrition in Hiroshima. With global sales of £1.2 billion and 3,300 colleagues in 12 different countries, Calbee Inc is one of the largest snack companies in the world.

The UK leadership team intends to achieve its vision through earning the respect of everyone it works with, including consumers, customers & suppliers; colleagues & their families; communities; and its parent company & shareholders. Calbee UK's values are aligned with those of its parent: we are always progressive, championing originality, in all that we do: our relationships are based on openness, trust and respect: our colleagues and their families are partners in our business: together we laugh learn and love what we do.

Calbee UK has come a long way in a short time, as Mags Kerns, head of HR, explains: "We've been producing our initial brand - Yushoi, which is a good source of protein, fibre and natural ingredients such as peas and chickpeas - since 2015, and we also make own-label snacks for Aldi, Lidl and Marks & Spencer. But we’re moving into more mainstream snacking too, and in Tesco we've just launched two new brands that come in a range of exciting flavours - Rustiks, which is made from Russet potatoes, and Inclusions, which are popped chickpeas and include vegetables such as caramelised onions."

And the adventure continues...

Calbee UK is transitioning from a start-up into a thriving SME. There are some 80 colleagues, 60 of them in the Deeside factory and 20 in the commercial office in Leeds. But while they’re all talented individuals from various food manufacturing backgrounds, they were thrown in at the deep end and had to sink or swim in an entrepreneurial pool that was unfamiliar to most of them. The success of the business so far shows they've passed the test with flying colours, but to proceed to the next stage, says Mags, they needed to develop and bond as a team.

She explains: "We were all strangers to each other, we had no common history, and we needed to develop, grow and cohere in a way that would  allow us to live our values and achieve our goals, including growing sales and market share." With rapid and ambitious business growth plans on the agenda for 2018 and beyond, she adds, "we need to be very adaptable and flexible."

Mags and managing director Richard Robinson created a bespoke development programme designed to increase the leadership and management capability of the senior management team and their direct reports, and they've partnered with leadership development expert Neil Dixon to help frame and deliver it. Neil, a long-time advocate of the Team Management Profile, felt that the Profile would be the ideal tool to help Calbee UK's management team realise its ambitions. His plan was to get Mags and Richard to do their own Profiles before committing to a new approach. As a result, the pair were keen to explore the tool further.

Mags recalls: "We both liked the format and the content of the Team Management Profile, and there was a high degree of correlation with what we ourselves felt about our own behavioural preferences. The Profile highlights strengths and development needs, it's easy to complete and understand and, as we came to use it more with the team, we saw the wide and deep applications it has - the more you delve into the results, the more you discover."

Neil started working with Calbee UK in earnest in November 2017, since when the Team Management Profile has "run like a red thread through the programme," he says. The initial idea was to run separate sessions for Richard and his five direct reports, and the 20-strong management team, but in keeping with the flat structure of the business ("there's no hierarchy," says Mags), they decided instead to work mainly with a single cohort in order to strengthen relationships among the wider team and avoid any sense of 'them and us'.

The first event was a two-day offsite meeting for the whole team. The first day focused on leadership and team working, and Neil introduced people to Margerison-McCann's High Energy Teams Model, which gave them a structure to keep them on track. "It allowed us to see the path we were going down, and stay focused on that rather than going off on tangents," says Mags. The second day was devoted largely to the Team Management Profile: the team were given their reports, and Neil led a series of exercises designed to show people how their roles on the Team Management Wheel had a bearing on their work preferences and relationships with colleagues.

"I didn't go into a huge level of detail: we decided to keep it simple so that people could quickly grasp and love the Model," he says. "We knew we could address additional aspects, questions, nuances and so on in the subsequent feedback sessions."

And those feedback sessions were 'two-to-ones', comprising Neil, the individual and their line manager. This format allowed the open and honest conversations around the individual's Profile to develop into performance discussions. "People would summarise their strengths and areas for development, and this led to a really rich discussion about their accountabilities, core objectives and wider contribution to Calbee UK outside their functional specialism," says Neil. "This, in turn, led to a development plan. The sessions gave everyone real clarity about what was expected of an individual, and where they needed to focus. One of the things I love about the Team Management Profile is that people are willing to take 'areas for self-assessment' because everything is framed so positively."

The two-to-one sessions happened over the space of a month, but Neil and Mags were weaving in other activities at the same time that were designed to strengthen the team. For example, they started to address important themes that emerged from the two-to-ones, including leadership and management approaches and styles, improving time management and meetings, and how to get the best from one another. "We've already done an exercise on the purpose of a meeting," says Mags.

"Like the fact that you have to make it very clear in advance what the meeting is about, who needs to be there and how they need to prepare, what the meeting is designed to achieve, how long it will take, and so on. For instance, if it's to finalise a plan you don't want lots of new ideas thrown into the mix, or if it's to brainstorm you shouldn't be analysing everything. And you relate all that to different aspects of the Team Management Wheel. We're bringing the Profile language into as much as we can."

People's combined preferences as revealed by their Profiles were mapped onto a Dynamic Team Map, which could be updated as new people joined. In truth, says Neil, the Map won't shift that much now that the team is established. But the distribution around the Wheel makes interesting viewing. Some 14% of the combined senior management and management team were Explorer-Promoters, 20% were AssessorDevelopers, 19% Thruster-Organisers, 15% Concluder-Producers, 10% Controller-Inspectors, 5% Upholder-Maintainers, 6% Reporter-Advisers and 11% Creator-Innovators.

Mags notes: "It was interesting, but not surprising, to see the balance of roles. When you're starting a new business Assessor-Developers and Thruster-Organisers are just the kind of people you need - and the distribution is more equal now than it was earlier in our development. Now the business has arrived at its current stage, we need more emphasis on Controller-Inspectors and UpholderMaintainers - and it just so happens that our two most recent recruits fall into those two categories."

The beauty of the Team Management Profile is that it allows people to not only understand themselves better but also their colleagues, an understanding that facilitates better relationships. Exercises designed to foster this understanding included those focusing on where people fell on four scales - exploring how they prefer to relate to others (Extrovert-Introvert); gather & use information (Practical-Creative); make decisions (Analytical-Beliefs); and organise themselves & others (Structured-Flexible).

"These were really powerful," says Neil, "because they showed people how they might need to adapt their approach to get through to someone at the other end of the scale."

Mags herself was a case in point. "I realised, for example, that the reason someone took so long to answer my emails was not that they were lazy or disorganised, but that they are the kind of person who likes to reflect," she says.

She’s an Explorer-Promoter, with related roles of Creator-Innovator and Assessor-Developer. Firmly at the top of the Wheel, she admits that she has to concentrate harder on some tasks that would come more easily to someone on the opposite side of the Wheel.

"For example," she admits, "working with high volumes of statistical data is not my natural preference. I do it, and I work very hard to ensure there are no errors, but I need to put more energy into it than I would if it was my natural preference, and I check it thoroughly and get someone else to check it too. So your Profile is not about what you're good or bad at, but your behavioural preferences - and you have to find ways to compensate for things that aren't your preferences."

And this is particularly the case in what is a relatively small, but fast-growing, business. "We're a tight-knit team. Many departments comprise just one or two colleagues. We all have to understand each other, get on and be prepared to step out of our functional box to support the wider interests of the team."

This is exactly right, says Neil. "The Profile is an explanation for who you are, but not an excuse: if something is part of your role you have to cover it, whether it's your preference or not."

Mags describes the development programme as "a continuous adventure, with milestones along the way." There is "no endpoint," she says. "But we're doing very well. We’re happy and proud to have got as far as we have in such a short time. I can't attribute it all to the Team Management Profile, of course, but it's a very useful addition to our toolbox. We are definitely working better and more closely as a team, and we've got to this point quicker than we would have done otherwise. The work we're doing with Neil, including the Profile work, has accelerated our progress."